Shot entirely in black and white, Alex Joseph’s cinematography complements Palathara’s writing beautifully, pulling in the audience and placing them firmly in the titular place and time—the political economy of mid-twentieth century Kerala.

Chimamanda Adichie once spoke of how impressionable and vulnerable we are in the face of a story. Stories are about power; “how they are told, who tells them, when they’re told, how many stories are told, are really dependent on power.” Don Palathara’s 1956, Central Travancore is, in some sense, an acknowledgement of this ability for stories to shape perceptions, but also an important reminder that they can deceive. The film begins with Onan (Jain Andrews) and friends traveling to Tamil Nadu hoping to witness a “strange ritual”. Once there, they are encountered with the disappointing reality that the stories of such a ritual were mere rumours, and that the said practice was unheard of to the locals. Disappointed, the friends settle down in the local toddy shop, recounting familiar tales of friends and family. Five minutes in, the audience is already introduced to Onan’s fascination with stories, myths and folklore.

A year later, Onan has moved to the mountains in Idukki in search of his brother Kora (Assif Yogi) who has abandoned his family and fled. Onan finds Kora, and the two brothers decide to make a quick fortune by (illegally) hunting a gaur before they return home with the profits. The brothers borrow a gun and gather a team of hunters and set out on a hunting expedition in the neighbouring jungles, and these incidents form the main plot of 1956. Palathara’s brilliant writing means, however, that one walks out of the film with a dozen other stories, anecdotes and folklores all woven into the narrative brilliantly. His ability to “ask, not tell” is visible throughout. A group of strangers come together for a cause; and the story progresses through their many conversations that revolve around seemingly mundane affairs—love, deception, courage, elopement, abandonment and heartbreak—that have larger questions to ask.

Shot entirely in black and white, Alex Joseph’s cinematography complements Palathara’s writing beautifully, pulling in the audience and placing them firmly in the titular place and time—the political economy of mid-twentieth century Kerala. It is a time when forests are being cleared for cultivation by early migrants, a space where newer socio-political and economic relations are being forged, and kinships changing. The frames are drawn out just the right amount, enough to slow down the visual experience through shots that leave much for a viewer to decipher. Like some other films have done in the recent past in Kerala, 1956 also uses photographs—presumably from the protagonists’ memory—of characters we hear of from Onan and Kora’s stories.

1956 presents a gendered world where women are either revered as Mother Mary, or judged for being irresponsible, unreliable and weak. This is unsurprising, since mid-twentieth century was a period when gender-roles were being reified in Kerala, and the first migrant workers were expected to be men leaving behind—or abandoning, in Kora’s case—their wives to take care of the family. The only exception, Kela’s (Krishnan Balakrishnan) joyful partner played by Kani Kusruti, who has left her family to elope with the hunter to the high-ranges, is quickly judged by Onan. The one female character who makes an appearance outside of a domestic space—albeit in the jungle—becomes an apparition to Thommy (Aamir Hamza).

In recent interviews, Palathara has mentioned that 1956 is a story of human-nature relationships as much as it is about the relationship between humans. This adds the film to others from the last decade which have problematised our understanding of the “social” as human-centric, and explored the non-human. The film asks questions on law and politics, but also of kinship, personal relationships, and the constant tug-of-war between nature and the human attempt to dominate it. While one is tempted to draw parallels with the recently released Jallikattu (2019), also a story of a group of men chasing a wild buffalo in the jungle, these are repeatedly put to rest by 1956 which is deliberately slower in pace, and engages with much a more nuanced and subtle critique of the male-ego which stood out more visibly—and violently—in the contest between human and beast in Jallikattu. Palathara also refuses to declare man, however violent, the winner of this contest.

Onan’s patronising character, unquestioned by his younger brother for most part of the film, is challenged openly by outsiders in the hunting group. At one point, Devasya (Muraleedharan Raveendran), one of the hunters, reminds Onan that he needn’t have a misconception that he controlled everything and that the hunt was not Onan’s family affair for him to make decisions for everyone. Onan is visibly agitated; the only time we see an emotive response from an otherwise composed character played excellently by Andrews.

Over the last year, Malayalam “new-wave” has been attracting new audiences on OTT platforms and winning much-needed appreciation for churning out good cinema despite the challenges of the pandemic and multiple lockdowns. For about a decade now, films that broadly affiliate themselves with this “school” have successfully moved beyond the mainstream/parallel binaries that have long been a part of the industry in Kerala. Recent interviews suggest that Palathara finds himself placed comfortably in this space, asserting that while he believes every film is commercial, he would not “compromise honesty for the sake of money”. Thankfully for him (and us), Malayalam cinema is witnessing a period when experiments with form, narrative and technique are being welcomed both by the industry and audiences alike. If anything, 1956, Central Travancore tests the boundaries of such attempts, both in its narrative and technique.

1956 acknowledges what Adiche called the “danger of a single story”, but presents in its place multiple stories drawing on folklore, myths, history and memory that often blur the line between fact and fiction. The audience is invited to trust the ones they please. At the end, the film can perhaps be best described as a tale of tales.

About: S Harikrishnan is a post-doctoral researcher at Dublin City University and a founding editor of Ala. 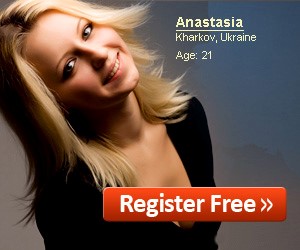